The 4 Horsemen and Low Sexual Desire 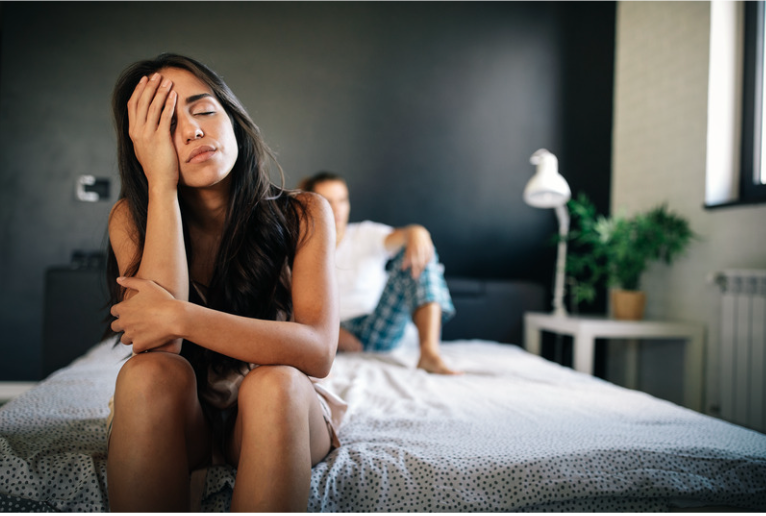 The 4 Horsemen and Low Sexual Desire

When we think of the four horsemen we may imagine the doomsday bringers seen in movies and read in text. However, this is a different type of apocalypse, the apocalypse of marriage and the horseman are communication habits. These toxic communication styles are said to be predictions that can increase the likelihood of divorce by John Gottman. They include criticism, contempt, defensiveness, and stonewalling. When a relationship is experiencing low sexual desire, the emergence of disaffection, romantic disengagement and emotional indifference can start. Conversations that include the four horsemen can further reduce the desire for each other and increase disengagement. Below is a scenario of such a relationship and how the four horsemen can be seen in one interaction. All of the below can also reflect a lack of a shared narrative about low sexual desire, which is why it is important to come to a shared narrative. When all of this is being exhibited, it can be a recipe for disaster.

This is the first horseman in Gottman’s Apocalypse of Marriage. Criticism is exactly what it sounds like, criticizing the significant other in an attacking way. When a relationship is affected by low sexual desire, criticism can occur. Along with this, problematic communication styles may start to take shape in what is already a sensitive topic. For example, a spouse may state that the other spouse’s behaviors are a turnoff for them and has caused the low sexual desire. This criticism can hurt deeply and become this individual’s narrative during counseling. However, the other spouse may return this criticism by saying the behavior should just be accepted and to get over it; it being the low sexual desire. From there, it is clear that the spouse was being criticized to the point of making it known what the low sexual desire was doing to them. In this situation, the couple would need to learn how to communicate their complaints without criticizing each other.

This is the second and most problematic horseman. Contempt involves name-calling, eye-rolling, mimicking, and other forms of body language in order to cause a feeling of worthlessness. With the same scenario presented above in criticism, contempt is displayed when the spouse said to just get over it. Now imagine that the tone and body language matched the statement, and you would find contempt. This can cause the other spouse to feel as if it is their problem alone and that there is something wrong with them, but not the other person.

The third horseman is Defensiveness which can be a response to criticism. It also entails reversing blame onto the other spouse and playing the victim. One spouse clearly became defensive in the scenario above in that one spouse blamed the behavior of the other for the reason behind their low sexual desire.

The fourth and last horseman is Stonewalling, where an individual withdraws and shuts down without addressing the issue. Low sexual desire can be involved with stonewalling very easily. This can be seen when one spouse tries to initiate intimacy, but the other turns away or disengages from the situation. The other three horsemen can also lead to stonewalling eventually as a way of dealing with a situation instead of communicating openly and effectively.

If you have any further questions about this topic or to schedule a session with one of our clinicians, please CONTACT US.

How to Navigate the Emotions of Infertility
September 1, 2022

9 Tips When You Begin Fluid Bonding with Your Sexual Partner
July 17, 2022